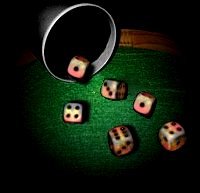 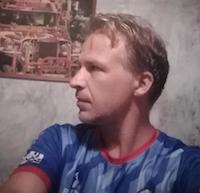 Residence: No fixed country of residence

Background & Experience: Kal has been working for 9 years developing websites for one of the world's largest yacht charter companies and also has several years working developing web applications on a freelance basis. Kal built the site as a private project in the Autumn of 2006, and it turned into what it is today. Kal started-off working in a toy shop and later became an IT trainer through chance and his love of working with people.

Hi. My name is Kal and I made this site in 2006 as a private project for my friend and I to play an online game without cheaters or power gamers. The site has since developed and grown a bit in stature. Some people really seem interested in what motivated this and to find out more about me, so I would like to write a bit of my story for anybody who is interested...

I grew up on a government-housing estate (residential zone) in the UK. When it was built it was said to be the largest in Europe and I can testify that a lot of poor people - including us - lived there. We did not have pocket-money or new clothes once per year or a family car or anything like that. We always had food and a roof and mostly my siblings and I had fun - despite constantly fighting about little things every day - so it was not exactly a BAD life!

BUT, we did not have any kind of allowance and no real treats. So, when I decided I wanted to have a computer it was laughed-off. I therefore started my own business at the age of 12. I made a small football (soccer) management game that I played at school with my friends. Every player contributed a subscription fee and competed with a team of make-believe players that each had their own skills. Managers could exchange their players and the result of each game was calculated with a very complex formula and a dice. The formula calculated odds of certain events happening and the dice resolved each event. At the end of the season, a small trophy was awarded to the winner. My Dad and I made it and cast it using materials left over from his work. I actually found the trophy recently and took a photo of me holding it: 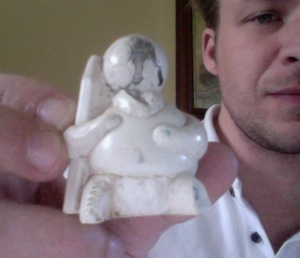 The game took about six hours per day to run and was killing me (and my school-work). So, I had a plan. I borrowed a book on programming in Turbo Pascal (a very old, redundant language) from my uncle and then read it for a few weeks. Once I had studied it thoroughly, I went to visit a relative who had a computer and worked for 17 hours solid to make my new computer program that would run my management game for me. I then managed to get my hands on a very, very old computer called an XT8086.. It was so old that when I typed, I had to stop every two sentences because the computer was running too slowly. I would sit and watch the characters slowly appearing on the screen and when it had caught up I could finally continue. I ran the game for two to three years and made a total profit of less than Ł100 (US$160) in that time. In truth, it was enough to buy a chocolate bar every couple of days.

When I left school I went to college but did not really succeed. I was not really interested and financial restraints meant that university was not really a feasible succession... so I had to stop anyway and started looking for jobs: including selling kitchens door-to-door, typing, formatting resumes, working in a factory sticking labels on tins and later, working in the data entry department at a start-up company (that has since gone-on to become one of the biggest IT recruitment firms in Europe!)

In the meantime, I wanted to learn how to develop websites, so I sneaked past security into my old college and used their computers to get online and study. I started by making websites in MS Word and then looking at the source code and learning how to make things bold, centralised, italicised and later, tables etc. I was lucky and found a private project for the manufacturer of a major router tool manufacturer. I worked for two months, every day sneaking into the college and saving my work to a floppy diskette and in exchange, made a few hundred ounds and received an old office computer as part-payment. This was a breakthrough. I kept that computer for about five years, making my own upgrades with money I earned from small computer jobs. I learned how to do everything on the computer by trial and error and it took a lot of hours and the private jobs kind of stopped coming-in.

Next I worked as a sales assistant in a toy shop - one of my favourite-ever jobs - and later in a second-hand (charity) shop. I then had a jump and landed a job as an IT trainer in an adult college. With no qualifications or experience, it was tough and I wanted to quit on the first day but had bills to pay. No choice. Three years later, I can say I was one of the students' favourites!

During this period of my life, I decided I didn't really like working for other people and could not really stay motivated always doing the same job. So, I had another go at making my own business - a small group of websites, helping students to learn computer studies and how to play guitar, things like that. I was doing ok, earning a few dollars each day until one day a mad woman became a stalker and was hammering on my door every night and so I spent most of my time outside playing sport with my friends, traveling to various places on a tiny budget or street-skating and abandoned the business.

A political decision forced the closure of the college and we were all made redundant. I moved to France, with no real savings and no French language. I struggled.

Finally, I was loaned a book (by one of the admin volunteers actually) and read it. I learned to program in PHP and MySQL. I then built a handful of prospective businesses that did not really take-off but they did serve as a great portfolio! After six months I found a job developing web applications for a leading yacht charter company and after several months of working overtime for free, they rewarded me with a holiday to Holland. My live-in-girlfriend at the time stayed at home and thus I was bored. The other founding member of this site and I were bored with cheaters on online games and he had complained constantly and suggested that I should make any game site that we can play on without power games and cheaters. Thus, I sat in a park in Amsterdam with a notebook and started writing down code. FreeTheDice.com was born!

Six years on, I was living in Manila in Philippines, having traveled to a handful of different countries, and one of my favourite things is to get in among local people from different places and spend time with them, learning the massive differences between different peoples (and also noting that despite our skin colour, our language, our religious beliefs, our tastes in music, food and colours, all of us have the same red blood pumped by the same heart, deep inside).

I still work on many other projects in order to feed myself and pay my bills, and am very happy to be running this site as well, in addition to a small, but growing, group of other small websites. I am very passionate about providing things for free to people, especially information that cannot be found elsewhere.

If you are reading this and you have been thinking about your life, or want to change it somehow but do not know how - I want you to know that you can do it. You can do anything (IF) you really want to. It does not matter where you start in life. Your life is YOURS and only you can decide what you want in your future, and only YOU can make it happen.

Many people make excuses - "oh, it's so hard for me, you don't understand.. it's easy for you, but hard for me.." You know the kind of thing. When I hear that, it really annoys me. Just decide what you want in life. Then make it happen. If I can do it, then you can do it. ;)

"But it's ok for you, you know how to do computer programming!" Well, I didn't, I learned it from a book, but maybe programming isn't your thing. It's not really mine, but still. I have seen people here, five year old kids, going around the street collecting plastic bottles and making money from that. I know of a man who started that way, homeless on the street. Today, he has his own jeepney business and does very nicely (local equivalent of small buses). Anybody can do it.

FreeTheDice responsibilities: Lara was the main moderator and leader of community support here at freethedice.com but has now moved on to pastures new.

FreeTheDice responsibilities: Grace is the dice admin and she is responsible for approving your dice. Grace was always here, even in typhoons or during festivals, her birthday or at Christmas, but she has had a child and now devotes her time to her family.

Background & Experience: Cath has moderated for other online communities in the past, and has also previously had her own websites, so Cath is very qualified. She joined the team in March and has since become a very valuable member of the admin team.

FreeTheDice responsibilities: Cath has moved on to other projects since her time here at Freethedice.com. Cath was mainly responsible for player support, moderation and other maintenance tasks.

Background & Experience: Mary created many sets of dice for the players to use for free, whilst teaching herself graphics design and also contributed massively to in-game testing and getting the community off-the-ground in the first place. She was here at the beginning but has since moved on to other things.

Zak was a friend who helped us out briefly a few years ago, the account is now a testing account for when we release new features and need to test them out. ZakMc takes his name from Zak McKrakken, an excellent computer game character.

We did have a group of Volunteers that used to work on the site, but this account is now used as the FREETHEDICE.COM BOT.